Porthleven is a compound of two words: 'porth' and 'elvan'

The word porth in the Cornish language means port and elvan is the Celtic Saint who came to these shores in the 5th century along with many others to preach the Christian faith. St Elvan was about one and a half miles from Porthleven on the road to Sithney and there is still an area to the north of Porthlevan called St Elvan. As a village, Porthleven was not important in the Middle Ages. There was no harbour there and the River Cober was navigable as far as Helston. Porthleven was bisected by the parish boundaries of Breage and Sithney, and the modern parish - formed in 1846 - took land from both. It is rare to find a Cornish harbour which faces southwest, directly into the prevailing winds, and Porthleven's development as a port was always hampered by its orientation. Doubtless, Porthleven would have remained a small fishing inlet to this day had there not been an overriding need, in the early nineteenth century, for a harbour of refuge along this forbidding lee shore to which ships could run in times of distress. The workforce used in the construction of the harbour included many prisoners from the Napoleonic wars. The main work was completed in 1825 and a large drifter fleet was soon engaged in the mackerel and pilchard fisheries. It was opened in August of the same year with a feast of roast beef and plum pudding for the whole village. Major improvements were carried out in the 1850s, after the port was taken over by Harvey & Co. of Hayle, and the handsome, massively-built harbour that we see today dates from this time. Porthleven port was expanded in the last century to export tin ore. The long curved harbour wall is in three sections, and the inner harbour was designed to be sealed off in a gale. The harbour imported coal, limestone and timber, and exported tin, copper and china clay. The Porthleven boatbuilding industry became a major employer at this time building clippers, schooners and yachts. Two Porthleven built trawlers still work from Brixham but the last boat was launched in the late 1970's. Fishing was also a major industry, which is still maintained today, the main catch being crab, lobster and crayfish. A large china clay store was built on Breageside in 1893, which held clay from the quarries in the Tregonning Hill district prior to shipment. This enabled ships arriving for a cargo to load immediately on reaching port instead of having to wait for the carts to haul the clay from the quarries to the wharf. The clay works around Tregonning Hill began to decline when china clay production in the St Austell district increased, leading to the loss of exports of clay from the port. In 1812 there were two public houses in Porthleven, the Ship Inn at Breageside and the Fishmongers' Arms on the other side of the harbour where the Bickford Smith Institute now stands. Around this period the building of another Inn commenced on the site of the present day Harbour Inn. The Ship Inn is a 17th century Inn once used by smugglers. Just around the headland from the inn are the remains of the lifeboat house built in 1894. Porthleven had its own lifeboat from 1863 to 1929, which ran 28 missions and saved 50 lives. At low tide, west of the harbour entrance, are excellent rock pools and the Moonstone or Giant’s Quoit, a 50 ton rock of a type not found anywhere in the United Kingdom. The latest theory is that it floated down on an iceberg from northern Europe! From the cliffs can be seen the abandoned engine houses of tin mine at Rinsey. Tregonning Hill is visible from the village. This is an extinct volcano and the spot where china clay was first discovered in this country and then shipped out via Porthleven harbour. For the chance to visit some of the above sites and learn more about the history of Porthleven, stay in our beautiful, welcoming and ideally located self catering holiday cottage. We guarantee that you won’t be disappointed! For more information about Porthleven or our holiday cottage, do not hesitate to contact us. 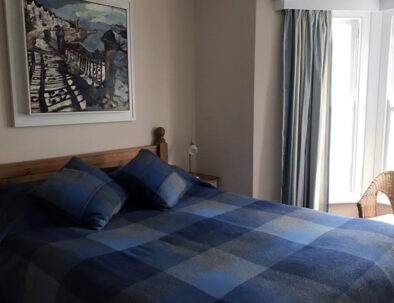 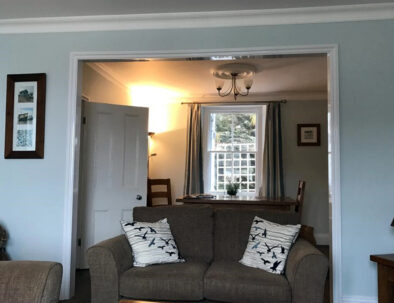 porthleven-sunset
"We have had a lovely holiday in your tastefully designed home. Thank you and hope to see you again soon."
Mrs W - London
"We've been here several years but the refurbishment has been beautifully done and made it the best stay yet!"
Mr B - Germany